Tamil Nadu: Woman cuts off her tongue after MK Stalin's win in elections to fulfill vow

In a hocking incident, a woman has cut her tongue after DMK chief MK Stalin of Tamil Nadu emerged ...

In a hocking incident, a woman has cut her tongue after DMK chief MK Stalin of Tamil Nadu emerged victorious in the Assembly polls.

The 32-year-old woman, a DMK supporter, apparently cut off her tongue as an offering to God after DMK chief MK Stalin's win.The woman had vowed in a temple that she would sacrifice her tongue if the DMK government came to power in the 2021 Assembly elections in Tamil Nadu.The 32-year-old woman has been identified as Vanitha. After the DMK got a majority in the state, Vanitha reached Muthalamman temple.

The woman was bleeding from her mouth was found by passersby at the entry to a local Muthalamman temple in Paramakudi in Tamil Nadu’s Ramanathapuram district. She was waiting outside as the temple as it had not yet opened.After placing her tongue on the gate of the temple, Vanitha fainted due to heavy bleeding.

She was taken to a local hospital by the locals. 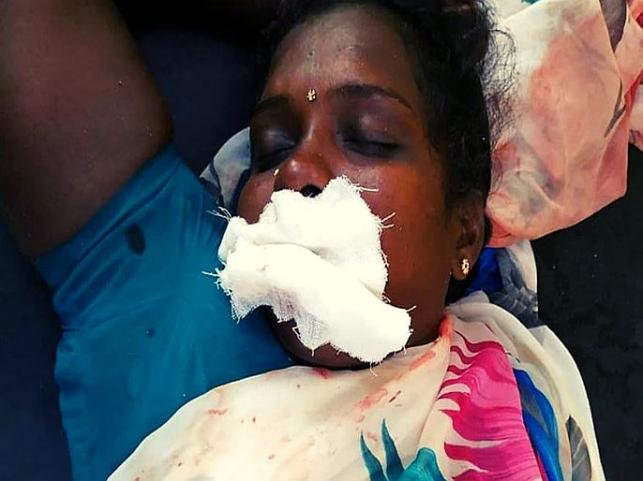