Coronavirus has robbed crores of people of their means of livelihood. The small-time traders are facing prospects of starvation. Small and medium industries have downed their shutters. The need of the hour is to make them debt free and also open a new credit line at a lower rate, besides granting unemployment allowance to the unemployed till such time as they get work.

A youth took a loan to set up a small dhaba (eatery). He invested Rs 10-12 lakh. The pandemic broke out. Restrictions were imposed and the business came to a standstill even before it started. Today, that man stands ruined!A barber bought a chair, a mirror and rented a tin shed to start his hair cutting salon. But for five months, not a single customer has turned up because there was a restriction on that business. He was devastated! The government may have schemes for the likes of him but who will tell him?A person set up a small industry. He employed seven to eight workers. Lockdown ensued and his industry sank. Last heard, he attempted suicide!How many corona-induced tales of woes should I tell? This pain is visible everywhere. People are puzzled over how to get out of this deep crisis? Around 12 crore people have lost their jobs and means of livelihood. How much capital do the footpath vendors have? It must be not more than Rs 2,000 to Rs 5,000! That too disappeared. They had to borrow to set up their business again. Uncertainty stares them in the face as they do not know when life will come back on track. They are faced with the problem of how to repay the loan or feed the family from whatever little they are earning. The government intends to give loans of up to Rs 10,000 to such vendors, but the condition is that they should certify where they were doing business. Where will these street vendors bring certificates from? is a million-dollar question.

The government should trust them! The common man never lies. It is the rich and mighty who weave a web of lies and conspiracies to defraud banks from whom they take huge loans. Some bigwigs borrowed Rs 50,000 crore, some Rs 60,000 crore, some took Rs 1 lakh crore, some sought Rs 1.5 lakh crore and a few even borrowed Rs 2 lakh crore. These handfuls of industrialists have sunk a whopping Rs 15 lakh crore! Though debt-ridden, these industrialists continue to live in the lap of luxury. They are still flying aircraft. All this is happening under the nose of the government but no one is doing anything! A prominent industrialist colluded with the powers that be and grabbed five to six airports of the Maharashtra government. It has been more than 15 years, many chief ministers have come and gone but no one has made any effort to free these airports from his clutches. May I ask the government why is the law and the yardstick different when it comes to the poor and middle class? The government knows for sure that these poor and middle-class people need support, not loan. The unemployed should get an allowance of at least ?5,000 per month till they get a job so that they can have two square meals a day. The government has huge stocks of food grains in the godowns. At times, these grains rot too. So why not distribute these food grain to these needy poor and middle-class people? 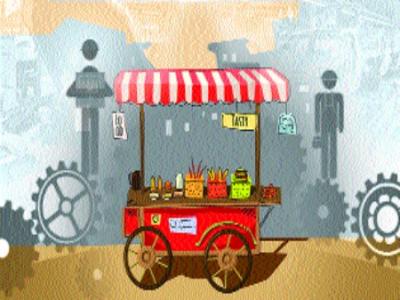 Small and medium businesses are all but closed. They carry a burden (debt) of Rs 15 lakh crore from banks. They are not in a position to repay the loan. Their debt should be waived off and a new loan should be given at a rate of 6 per cent or less. And yes, interest should start after one year. By that time, these people will be in a working mode. The bills of small and medium industries that supply the material to the state and Central government should be paid within 30 days. If not paid on time, interest of 15 per cent should be given. If there is further delay in payment, interest up to 18 per cent should be paid and still further delays should attract interest up to 24 per cent. The Central and state governments should also pay the outstanding dues immediately.Let me tell the government that it is very important to save small and medium enterprises. This sector employs 11 crore people and contributes 30 per cent to the GDP. Do not ignore it. Keep it alive. This sector will build the nation. It is from this sector that Tatas and Narayana Murthys will emerge. If not the government, who will these people have expectations from? It is very important to understand the frustration among the youth and the pain of the farmers. People expect a lot from the government because it is their government.

My demand for loan waiver and unemployment allowance may seem an exaggeration but it is possible. All that is need is a strong determination. Last year, the country's Budget expenditure was around Rs 30 lakh crore. Setting aside 10 to 12 per cent of the Budget for debt waiver and unemployment allowance is not an impossible task. A surcharge of Rs 1 to Rs 3 per litre can be levied on petrol which alone will net the government a considerable amount. Then surcharge can also be levied on luxury items along with alcohol and cigarettes. Raising Rs 5-6 lakh crore is not a difficult task for the government. I don’t think that the government does not want to waive the debt. The problem is that the government accepts what the economists occupying plum posts in the government put forth. A miracle can happen if the government steps forward to waive off debt and grant the unemployment allowance. There is an old saying that where there is a will, there is a way! The government should have a strong proclivity to pull the poor and the needy out of the current crisis. Not only the US but many other countries too have taken such important steps to rescue the economy from the pandemic. If the governments of other countries can do this, why not ours?