Organised crime is rising. It is very essential to make our country’s police force smart and hi-tech

Organised crime has ruined generations of our countrymen. There are evil businesses ranging from gambling, betting to matka and drugs. Are all these nefarious activities possible without the patronage of police and politicians? Now the time has come to make our police smart and powerful to destroy the underbelly of crime.

The new IPL cricket season is currently underway. People are glued to their television sets anticipating the fours and sixes from their favourite batsmen, but my eyes have been on a booming betting racket with transaction values in thousands of crores during the IPL this season. The Commissioner of Police Amitesh Kumar dropped a bombshell by conducting a surgical strike on bookies and hawala traders which have statewide ramifications from Nagpur to Mumbai.

In my early days of journalism, during 1968-69, I worked as a crime reporter in Mumbai. I used to meet and interact with underworld dons right from Haji Mastan to the then biggies of the crime world. I also used to visit the hideouts of many dreaded criminals. I still keep an eye on crime news. Apart from my state, I have also seen brave and honest officers in uniform in other states of the country who have brought glory to the police force by their hard and honest work. Certainly Maharashtra has led the others in this respect. Didn’t we capture Ajmal Kasab of 26/11 fame?

No doubt, the brave police officers can manage their respective states. However, the system cannot be transformed without changing the entire culture of policing. This responsibility rests with the state governments alone. The Chief Minister, Home Minister, DGP and CP of a state should decide that every type of crime that spreads in society, whether it is overground or underground, whether it is in water or in air, is a crime and needs to be eliminated! Do they not know where arms or gold is being smuggled? Where the dance bars are operating, where the drugs are being peddled? 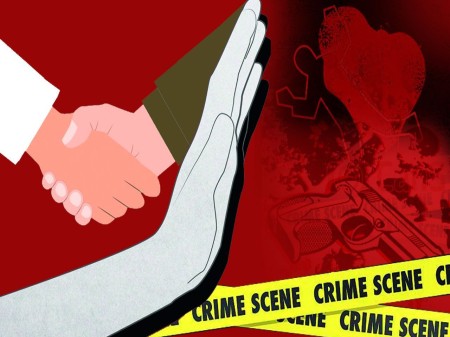 All that is required is political will. When politicians and police join hands to achieve some noble social mission, everything is possible. The tentacles of the criminal world cannot be unentangled as long as there is misuse of money in politics and there is no transparency in the postings and transfers of government officials. The wave of crime is moving from village to metropolis and acquiring a formidable shape. As long as you don’t improve the status of police, including at the mental, social and economic levels, you cannot expect them to do better. Is the cop not a human being? They are being made to work for 18 hours nonstop. They are seldom able to celebrate Diwali, Christmas and Eid with their family members. Despite being provided with quarters, they lack their own home. In such a situation, how will they be able to fulfil their duty? And yes, I do not know what is true and what is false, but when people say that there are many officials in Mumbai who have amassed ill-gotten wealth worth thousands of crores, then does not such a thing merit a discussion?

When I compare the police here with their counterparts abroad, the comparison seems pointless. They are way ahead of our police because of the kind of physical training they get, modern weapons they are equipped with, an impressive uniform they are provided with and they have no domestic worries. We cannot even dream of such a blissful situation here! The police forces abroad are free of political interference. I would like to point out that whether it’s London’s ‘Bobby’ or the cops of Israel, Europe, Singapore, Dubai, Hong Kong or the US, they are free of corruption. No one can even think of bribing them the teeniest-weeniest bit! Those who indulge in corrupt practices are severely punished. London’s ‘Bobbies’ have acquired such an iconic reputation that tourists vie with each other to be photographed with them. Their statues are also found in souvenir shops.

Let me narrate an anecdote from Singapore. A friend once came to the airport to receive me. When the flight was delayed, he decided to while away the time drinking beer at the airport. It was night and when we got out of the airport, the car stopped at an intersection and the constable waved a stick from afar and said, “You are drunk. Park the car on the side.” My friend tried to convince him that he had only drank one glass of beer, but the constable was in no mood to show leniency! Meanwhile, a female police officer stepped out of the car and came to us. She immediately recognized us, yet she got our challan deducted and asked us to hop into her car. That female officer was none other than my friend’s elder brother’s daughter. She dropped me at the hotel. On the way, I asked her why she hadn’t spared us. She said that the rule is uniform for one and all. “I would have lost my job and would not have been able to drive a car for the rest of my life,” she explained. “Now he will be produced in the court and the licence will be suspended for one year,” she said.

I always wonder why politicians do not introduce this type of system in our country. We hardly come across such an instance of highest professional probity. For example, when the US President came to India and his security personnel did not follow the protocol, a Mumbai Police officer stopped their car. But this kind of thing is rather an exception here, whereas the need of the hour is that every state should have this type of smart, dynamic and law-abiding police officer. For this, it is necessary that the government takes necessary steps. Human rights organisations and the judicial system should help them. And at the same time, it is most important that there should be some effective coordination between the states because the network of criminals is spread all over the country. Especially in Uttar Pradesh, Bihar, Rajasthan, Kerala and Punjab, the network of organised crime has deep roots. Strict coordination is necessary to eliminate it.