Why does the court have to make such harsh comments?

From Shaheen Bagh, Tablighi Jamaat to Hathras case, the Supreme Court has shown the mirror to the system

When the Shaheen Bagh dharna and protests against the Citizenship Amendment Act (CAA) started getting prolonged, everybody seemed to ask as to why the Delhi police or the government was not doing anything to evict the protestors blocking a major carriageway? The questions just kept popping up but no one answered them nor anybody tried to clear the occupied road or find a solution! It was left to the fear of the Covid-19 virus, which scared the protestors off the protest site. When the Shaheen Bagh case reached the Delhi High Court, the court had also directed the departments and the officials concerned that the situation should be dealt with keeping in mind the law and order, but the authorities made no effort. After this, the case reached the top court.
A bench of Justice Sanjay Kishan Kaul, Justice Aniruddha Bose and Justice Krishna Murari stated very clearly that the sit-in demonstration should take place at a designated place. It is not allowed under the law to occupy public places or roads, to inconvenience a large number of people or to violate their rights. Authorities like Delhi police should have taken action to evacuate the protestors from Shaheen Bagh area. The court remarked that the authorities cannot take shelter behind the court to deal with such a situation. This comment has exposed the failure of the Delhi police. Dissent and democracy can go hand in hand. I am pretty convinced that everyone has the right to protest in a democracy and it should be there, but the way of protest should not put anybody to inconvenience. Shaheen Bagh protests can be right but the occupation of the road can never be justified. Today, when the rallies of political parties march through the streets, they push the whole market into chaos. People resort to dharna anywhere. There should also be a manual for picketing and demonstration. Temples, mosques and durgahs are built anywhere. Local self-government and the administration should intervene to stop the construction before they take shape, but the governments do not fulfil this obligation.

Another scathing comment from the apex court has brought to the fore the role of the media in the Tablighi Jamaat case. Jamiat Ulema-e-Hind and other organisations moved the Supreme Court on this matter. The court had said that an affidavit should be filed by the secretary to the ministry of information and broadcasting in the matter as to what the government did to stop unilateral broadcasting. The additional secretary to the ministry filed the affidavit, on which the court expressed its displeasure saying you cannot mete out this kind of treatment. The Chief Justice of India Justice Sharad Bobde, Justice A S Bopanna and Justice V Ramasubramanian termed the affidavit as ‘evasive reply’ and ‘shameless’. The court even said that the right to freedom of speech and expression has been misused the most. It further observed that ‘unnecessary’, ‘absurd’ and ‘silly’ arguments have been made in the affidavit on Tablighi Jamaat issue. 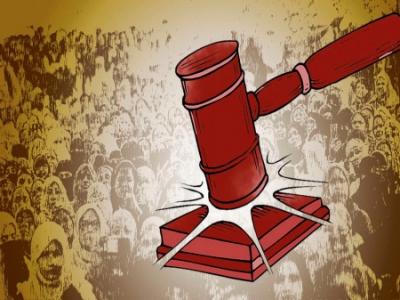 I think the court has made the right observations. When the epidemic was spreading in the country, a section of the media was busy creating a scary atmosphere by blaming the Tablighi Jamaat for the outbreak of the coronavirus infection. I know that the freedom of media should be the priority of any government, but it also does not mean that one section of the media will drive a wedge in the society and still keep talking about the freedom of media. Freedom of expression is an essential element of democracy but there should be a sense of responsibility in it. Another comment of the apex court was regarding Hathras case. During the hearing on separate petitions in the Hathras gangrape case, Chief Justice of India Justice Sharad Bobde termed the case as a shocking, extraordinary and scary incident and directed that the investigation be carried out in a proper manner. The moot point here is why has our system become so weak that the Supreme Court is required to make such harsh comments.  Surprisingly, our government and our officials easily digest such serious comments. The fact is that the government is not taking the decisions it should take and instead leaves it to the court to decide. This eats into the court’s time and delays the hearing on other matters. Significantly, unless the court comes down heavily, there is no effect on the government and administration. Such an indifferent attitude is not healthy for our system and our democracy. The government should seriously look into it.