After Indian skipper Virat Kohli and actress Anushka Sharma were blessed with a baby girl, a number of celebs ...

After Indian skipper Virat Kohli and actress Anushka Sharma were blessed with a baby girl, a number of celebs wished the couple as they embraced parenthood for the first time. Joining the list, is Dairy brand Amul, who posted  a super cute greeting congratulating Kohli and Sharma. The doodle features Anushka Sharma and Virat Kohli with their newborn daughter in a cradle. "Bowled over by this delivery. Welcome it home," the text on the topical reads. 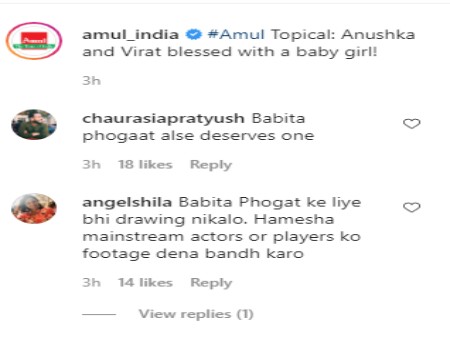 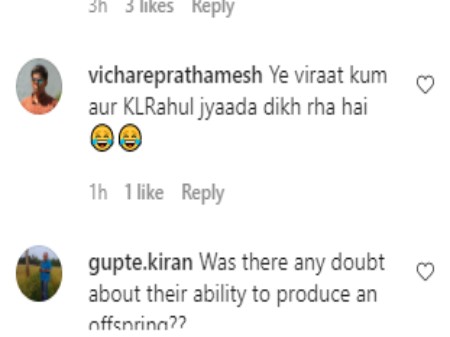 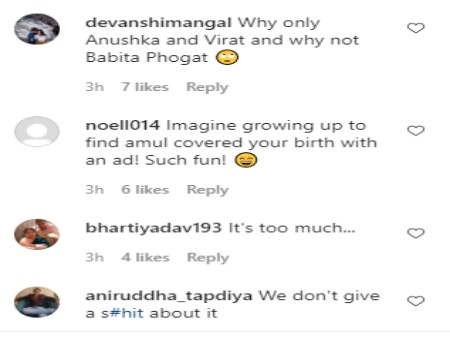 However, after the image went viral, many of them trolled the popular diary brand for being biased  as netizens demanded a doodle for wrestler Babita Phoogat who was also blessed with a baby boy. A user while commenting on the creativity wrote, Babita Phogat ke liye bhi drawing nikalo. Hamesha mainstream actors or players ko footage dena bandh karo. Another user wrote, Why only Anushka and Virat and why not Babita Phogat. A number of them expressed their unhappiness on the image, as they felt, Babita Phogat also deserved a doodle image.

Kohli announced the birth of his daughter on social media, saying, "We are thrilled to share with you that we have been blessed with a baby girl this afternoon. We thank you all for your love, prayers and good wishes. Anushka and the baby are both healthy and we are feeling beyond blessed to start this new chapter of our lives. We hope that you can respect our privacy at this time. Love, Virat."Kohli had opted to take paternity leave following the conclusion of the first Test between India and hosts Australia in Adelaide. He had said that he wanted to be home for the birth of his first child.The celebrity couple had announced their pregnancy on social media in August last year. Amul had dedicated another doodle to the couple, saying, "Weerushka on the way." Anushka and Virat got married in December 2017 in a private ceremony in Tuscany, Italy.